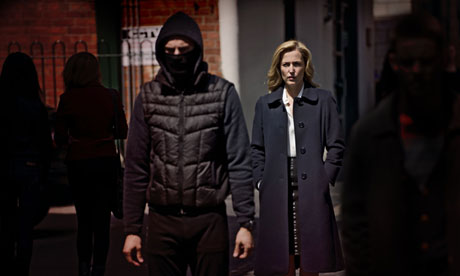 Like the majority of the British viewing public, I’ve spent many of this summer’s sticky evenings sweating over the BBC’s latest batch of prime time horror-crime serials: Luther and The Fall. It seems that as a nation, we just can’t see enough brutal murders of a warm weeknight. And yet, as a feminist, I’ve found myself troubled by the representation of women in these shows.

Kicking off the season’s glossy genre offerings was The Fall, a five-part BBC2 drama starring Gillian Anderson as DSI Stella Gibson who’s been drafted in from London to investigate a series of murders in Belfast. In case we needed a reminder of Anderson’s awesomeness post-X Files, she plays the insightful, in-control and sexually autonomous detective with expertise and, most importantly, without a hint of a dodgy put-on British accent. Snapping at the heels of this over on BBC1, Luther returned for its third season, welcoming back everyone’s favourite badass East End detective DCI John Luther, played by the permanently scowl-faced Idris Elba. If you’ve somehow managed to miss Luther thus far, Elba is the dark, brooding, relentlessly charismatic renegade traipsing around Hackney and Tower Hamlets solving homicides with his own brand of cruel-to-be-kind methods.

There’s no doubt that the leads in these shows are complex, compelling, three-dimensional characters which defy many media stereotypes of race and gender, signalling well-written popular television. But what I’m concerned about is the victims in these programmes. Murder after murder, victims are almost always portrayed as women. To be precise – young, middle class, white women. Indeed, the killer in The Fall specifically targets “white female professionals in their early 30s”. In Luther, though the perpetrators of violent crimes change from week to week, the victims are disproportionately young, white women. Usually in their homes, usually at night. The graphic – and often sexual – nature in which the killings are depicted makes for disturbing viewing, particularly when this trope is repeated week after week.

The prevailing message seems to be: if you’re a middle class, white woman in your late 20s or early 30s, enjoying some success in your professional or personal life, you can safely assume you’re going to get stalked and ultimately butchered. Successful lawyer living alone in a plush flat in the city centre? Expect a strange man to break in, steal your underwear, before torturing and murdering you in your own bed. Happily married, settled in a tastefully decorated house and expecting your first child? Congratulations, you’ll only be kidnapped, held to ransom, and locked in cupboard with a bag over your head. And lest we forget, if you’re a woman living alone in east London, always, ALWAYS check under your bed to make sure serial killers aren’t hiding under there. Otherwise you’ll be awoken from blissful slumber to find yourself on the receiving end of a goth-fetish killing.

Slasher flicks of previous years have always been littered with female victims – usually with blonde hair and big boobs, running up the stairs instead of out the front door – until these genre conventions were subverted and parodied in post-modern imaginings such as Scream. Why resurrect stalker-porn archetypes for a modern UK prime time television audience? Why now? Could this be a cultural reaction to the current changing position of (white, middle class) women in British society?

The problem with repeatedly portraying women as victims is that it negates their actual or perceived power and agency. It portrays them as passive, weak, easily thwart – the object of the violent desires of men and not the initiators of actions themselves. Attaching the notion of ‘victim’ to a particular category of woman (in this case, white, young, middle class) is particularly harmful. Their identity becomes coded with the meaning of the word ‘victim’ – a visual symbol of a target for violence. Despite the well-written lead characters of these programmes which rightfully challenge stereotypes of gender and race, this cannot ‘offset’ the repeated victimisation of their other female characters. If anything, it serves to undermine an otherwise diverse set of representations. 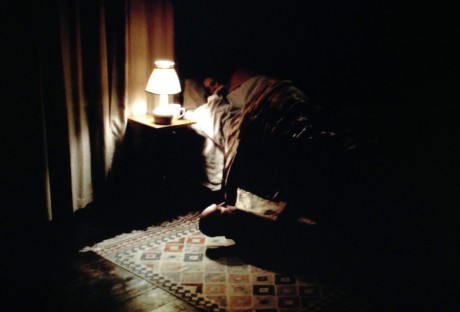 The opening scene of Luther series 3 that scared the bejesus out of all women who keep underneath their beds tidy.

Given the staggering viewing figures these shows attract (Luther pulled in 5 million viewers for the season 3 opener, while The Fall’s debut episode gained 3.5 million, securing a second series), there is potential for the stereotypes of women perpetuated on screen to have a wide-reaching impact. And in light of the recent survey by The Independent which illuminated the gaping chasm between the public’s perception of issues such as crime and ethnicity based on media misrepresentation, and the realities of those issues, there is a danger that such stereotypes could have seriously damaging consequences.

The great Joss Whedon, my feminist idol, once wrote that he created Buffy the Vampire Slayer with the express aim to subvert the audience’s expectations of the horror genre that when you see a young teenage girl on screen you assume she’s the victim:

“It came from watching a lot of horror movies with a funny, gregarious, somewhat dim blonde who invariably gets killed, and I always felt bad for her. So I thought it would be funny to have that girl go into a dark alley where we knew she would get killed and actually have her trash the monster. From that came the idea for Buffy.” (Whedon, interviewed by http://www.darkhorse.com)

While Buffy might look like your typical ‘blonde bimbo’ ripe for attack by the menace lurking in the shadows, instead she kicked ass. Surely the Brit horror-crime serial genre is overdue for subversion of this kind.

For the next series of Luther or The Fall, when the camera tracks a young white woman entering her home at night, can she please kick the living shit out of her attacker? I for one would sleep better at night.

A FemAle View on Food & Drink

Storm in a Teacup London

The Girls Are
Empathic Urbanite

An idea that is not dangerous is unworthy of being called an idea at all. Oscar Wilde

Don't Dance Her Down Boys